Prima's Ian Buckley honoured to be clothed as a Liveryman

Ian Buckley, General Manager of Prima Software, was welcomed by The Master and clothed by Court assistant Mike James as a Liveryman of The Worshipful Company of Stationers and Newspaper Makers at the traditional Clothing ceremony on Tuesday 4th October 2016 at Stationers’ Hall in the City of London.
London’s livery companies comprise London’s ancient and modern trade associations and guilds, currently 110 in number, they play a significant part in City and national life, not least by providing charitable-giving and networking opportunities, with most maintaining the association with the original trade. The Stationers’ Company is the City of London Livery Company for Stationers and Newspaper Makers whose full members, known as Liverymen, retain voting rights for the senior civic offices, such as the Lord Mayor, Sheriffs and City of London Corporation, its ancient municipal authority with extensive local government powers.
Prior to becoming a Liveryman, Ian joined the Stationers’ company as a freeman in July 2014 before obtaining the freedom of the City of London in July 2016 and commenting upon his clothing, Ian said “Becoming a Liveryman of the Stationers’ Company is a real honour, to be part of an organisation that has seen our industries evolve from ancient times through to this ever-changing digital landscape is really special. The company provides a forum for sharing ideas, they host regular informative events with guest speakers and most importantly Stationers’ Hall is a great place to make long lasting friends from across our sector, whose collaboration is essential in the survival and evolution of the office supplies industry.”
This sentiment is shared by Prima Software, who alongside companies such as Vow and Euroffice, are corporate members of the Stationers’ Company.
The Stationers’ Company was founded in 1403 when manuscript writers and illuminators formed a guild, taking the name ‘Stationers’ from the fact that they had stopped being itinerant vendors and had set up fixed stalls in St Paul’s Churchyard. At the end of the 15th century, the Stationers had the good sense to embrace printing which was the new technology of the day.  In 1557 they received a Royal Charter in which they were given a monopoly in printing and the responsibility to check and register all books produced in England and they became a Livery Company in 1560.
In the 1930’s The Stationers Company combined with The Newspapers Company hence the current name.
Today the Stationers’ Company has over 900 members world wide the vast majority of whom are senior executives in the complete range of trades within the visual and graphic communications industries, from office products, paper, print, publishing, packaging, newspapers, broadcasting and online media. Membership is drawn from across the UK and increasingly throughout the world and now includes major companies as well as high profile individual members such as former First Secretary of State, William Hague, Simon Heffer, Baroness Dean, Sir Christopher Meyer, Rupert Murdoch, Lord Stockton and Google’s Chief Internet Evangelist, Dr Vinton Cerf. 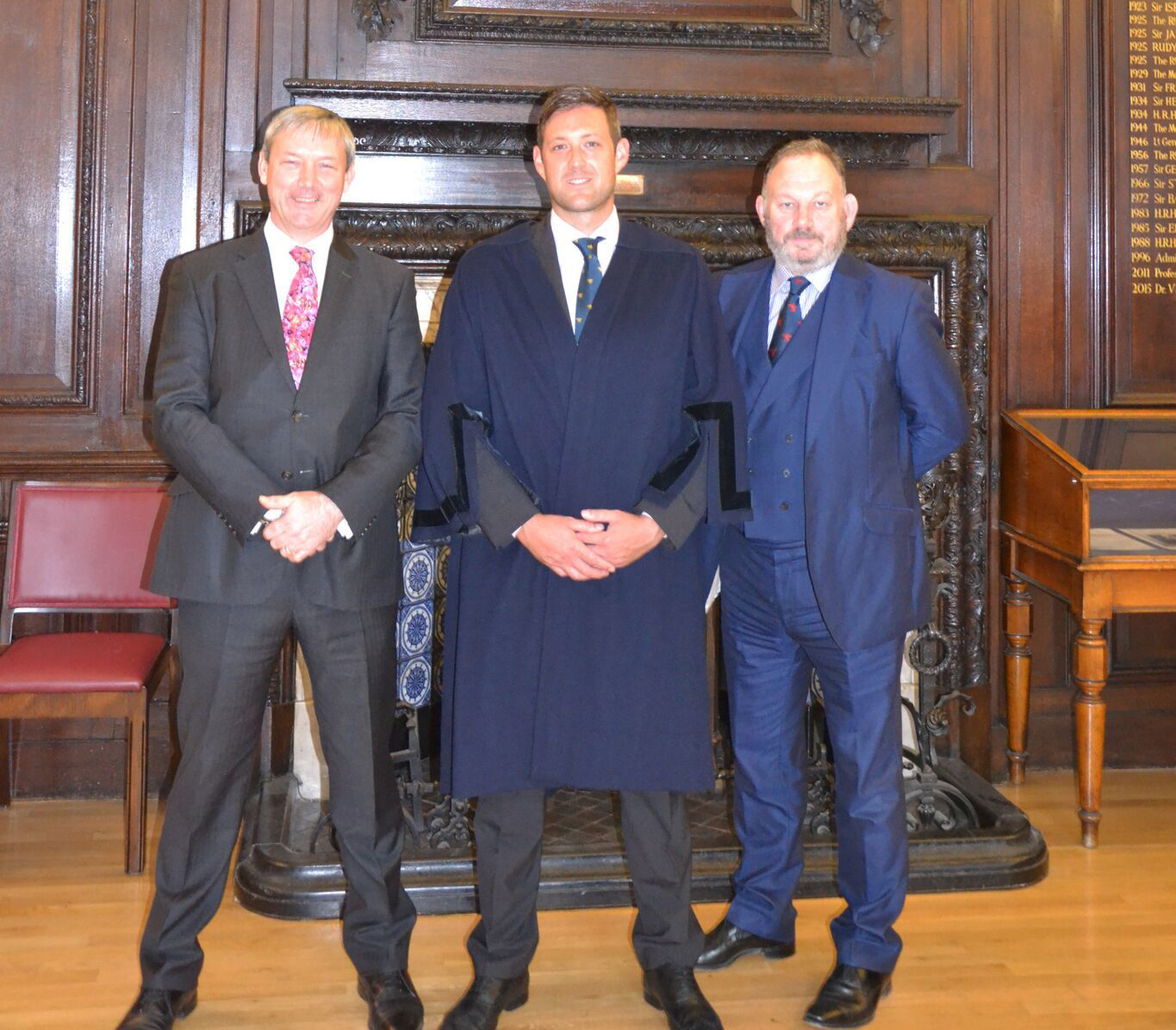